This is my story which is in a book published by The Danish-Swedish Writer's Union in 2009:

Copenhagen, between 7 and 8 o'clock in the morning

The sky was gray and depressing Monday the 3rd of December 2007. On the Danish Broadcasting Corporation's radio news at 7 they said that Copenhagen's oldest tree, a horse chestnut, near the entrance to the German Reformed Church in Gother’s Street, should be cut down that very morning. The horse chestnut was 250 years old. It had a high trunk, grey and brown bark, a domed crown, large leaves and white spring flowers on its top.

But now the tree was so weak, the church's congregation thought, that it posed danger to traffic, especially pedestrians. That's why the congregation decided to remove it, and they got permission from the Heritage Agency, even though the tree was protected. In return, they should plant a cutting of the horse chestnut in the same spot.

Once there was neither the church nor the tree on the site, only grass and weeds. But in 1689 the small congregation of the German and Dutch Reformed Church got together with French Huguenots who fled France, and built their own church, thanks to Christian V's wife, Queen Charlotte Amalie, born Princess of Hesse-Kassel. When she, 17 years old, married the Danish crown prince, she was allowed to exercise her reformed religion, which at that time was banned in Denmark.

And in 1760 the church got its tree. Like the other horse chestnuts, which were transported from Asia Minor, Greece and Albania and planted in the deerparks and parks to provide food for deer and other wild animals. The peasants collected chestnuts, which are full of starch, and gave them to their cows and horses. And thousands of birds who built nests, found a refuge in the tree's crown, together with squirrels, blackbirds, spiders and butterflies.

Nevertheless the tree had to be removed. But what the two congregations did not know was that the tree some days before, when the wind was blowing, whispered a story to a small tree, which hid itself in the church's backyard. The horse chestnut was happy and breathed a sigh of relief. Now anyone, who came by, could hear its story.

- When I arrived in the town I heard Frederick V, the king of Denmark and Norway, speak Danish, which was unusual at that time. And the king smiled as he passed by, together with a delegation, and spoke of his motto, Prudentia et Constantia - Prudence and Constancy. It was good times. Trade flourished, industry sprouted with a powder mill and a cannon foundry, and the Academy of Arts was established. But the City Hall Prison still housed a motley crowd: "men and women, civilians and military, the noble ones and common people, the contaminated and not contaminated, thieves, scammers, the mad and tipsy ones".

The king sent an expedition of six men to the unknown, but reportedly happy Arabia: a scientist, a philologist, a doctor, an illustrator, one orderly and a cartographer, who later became the treasurer of the expedition and the only survivor, Carsten Niebuhr. But Frederick V died, only 42 years old. He left both legitimate and illegitimate children.

King Christian IX, whose motto was With God for Honour and Justice, had in 1902 to hand the government's power over to the peasants' Liberal Party. The same year Knud Rasmussen went to Greenland with the Literary Greenland Expedition, and he smiled as he passed me. The same year I heard the world's first electric tower clock of Copenhagen City Hall and the opera “Saul and David” by Carl Nielsen, who gave its first performance. At the same time, I kept an eye on the crown jewels kept by my neighbour, Rosenborg Castle.”

In 1933 I was, for security reasons, according to the congregations, sealed with cement after my crown had been cut off. But later it grew out again. That year King Christian X, whose motto was My God, My Country, My Honour, was often passing me riding on his horse. One day he looked up at me and smiled - his son Knud had married Princess Caroline Mathilde. She was the daughter of the king's youngest brother. That year I felt a dark time coming, but I could not whisper it to anyone, as it wasn't so windy. Now the wind has been diligent and it has helped me so that my story reaches everyone. And I smile. And now it is 8 o'clock am. I'm  going to sleep before the City Hall bells ring 9 o'clock and forest workers come with their cranes and saws. 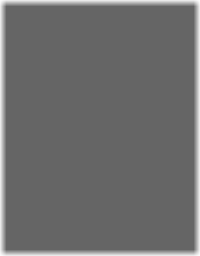 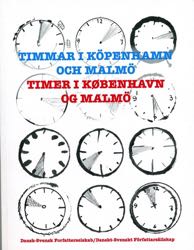